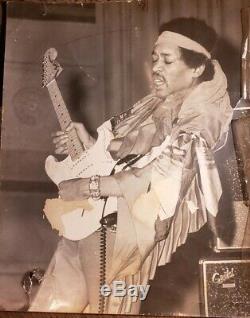 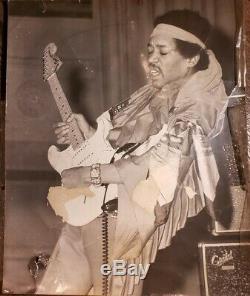 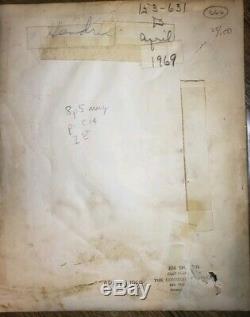 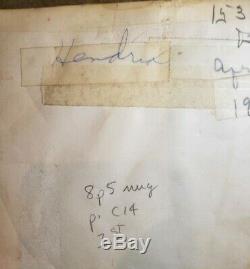 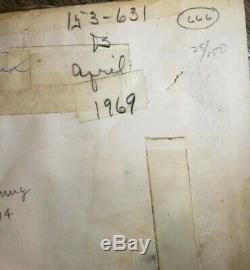 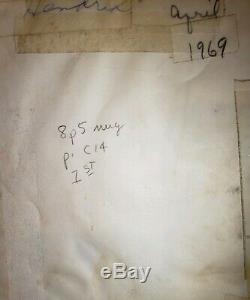 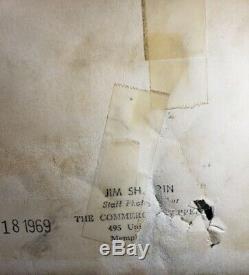 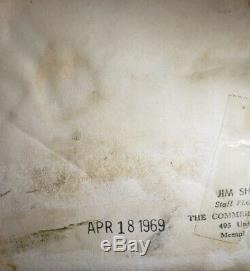 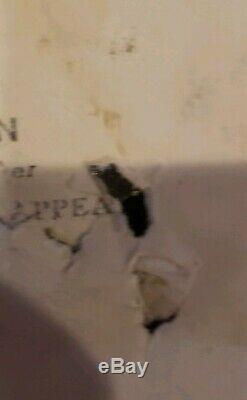 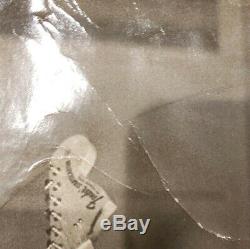 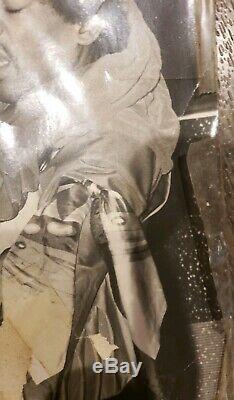 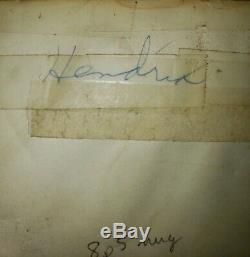 You are purchasing a one of a kind only copy of an 8x10 autographed(NOT AUTHENTICATED) photo of Jimi Hendrix. Turns out it was a retired journalist's collection. Taped inside a Jimi Hendrix album was this 8x10 photo. Much to my delight and surprise, IT WAS SIGNED on the back!!

In the pic you can see the yellowing of the tape used to cover the autograph. I researched and Hendrix did 2 concerts that day.

If the autograph is authentic, the reporter would have had to develop the photo between the early afternoon concert and the evening concert. The signature doesn't have "Jimi", only "Hendrix". The photo itself was taken by Jim Shearin for the Commercial Appeal newspaper in Memphis, TN at the Ellis Memorial Auditorium.

He held a concert there on April 18, 1969. The back has the photographers instructions and the Commercial Appeal stamp and date as well as the signature. If you look up the concert on Youtube you will see it is the same outfit.

He did not nor could he verify that it was Hendrix's signature on the back and suggested that it was the "slugline" from the photo editor. He also stated the following. The notes in the center are that ran Section C, page 14, in the 1st Edition of the paper.

Which means the story ran the following day. State Edition was second, with later day news added. 8p5 mug is for the pica size for a small mugshot cropped photo of his face for the front of the paper. It would tell what page to jump to for the story. Your photo is one of a kind bc it was THE print for the news printing.

THE original way Jim printed it on that day in 1969! I appreciate his contribution to the provenance of the pic!

The item "Vintage SIGNED Only Copy Jimi Hendrix Photo Memphis April 18, 1969 Jim Shearin" is in sale since Wednesday, October 30, 2019. This item is in the category "Entertainment Memorabilia\Music Memorabilia\Rock & Pop\Artists R\Rolling Stones\Photos". The seller is "phihen-2" and is located in Rienzi, Mississippi. This item can be shipped worldwide.